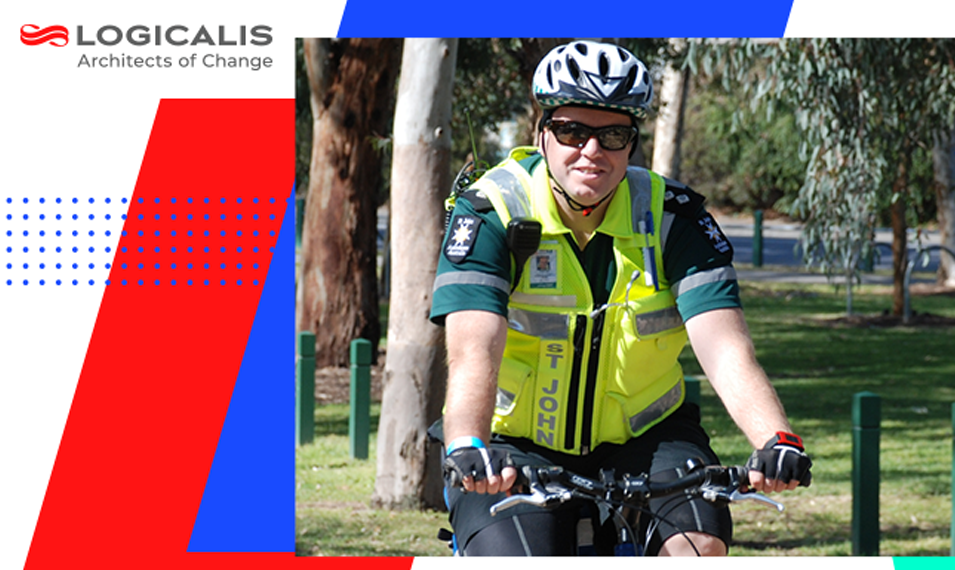 Here at Logicalis Australia, we love a good news story. And it’s even better when it’s about one of our own!

Chris Jay is a Service Delivery Manager in our Managed Services department. Chris has also been a volunteer for St John Ambulance Victoria for 11 years and he has just been nominated and admitted into the Order of St John.

The Order of St John is a working Order of Chivalry and a modern organisation delivering first aid, healthcare, and support services around the world, and has just 20,000 members worldwide. You must be nominated for admission and have the nomination approved by the Sovereign Head of the order, which is currently Queen Elizabeth.

We spoke to Chris to learn more about his time with St John and his admission to the Order.

“In 2010 I wanted to do something completely different from IT and was looking to join the State Emergency Service (SES) before I came across St John Ambulance. I did a little research on both and felt St John was a better fit for me and what I wanted to get out of volunteering, so I joined my local Division, Knox. During my time with St John Ambulance, I’ve been Divisional Manager at Stonnington and Maroondah divisions, ran special projects for the Clinical Operations Team, and for the past 4 years I’ve been the Venue Manager for Melbourne Park (Rod Laver Arena, Margaret Court Arena and John Cain Arena).

To assist with the ongoing pandemic and fast approaching thunderstorm asthma season, St John Ambulance has partnered up with Ambulance Victoria and from next month I’ll be working weekends with a Paramedic on the road, responding to emergency 000 calls.

Recently I received a letter from the Australian Priory of The Most Venerable Order of the Hospital of St John of Jerusalem to advise I had been nominated and admitted as a Member in The Order of St John. To receive such a commendation is a great honour and privilege in recognition of my service for the past 11 years. Next month St John Ambulance have their Annual Award Ceremony at Government House where the Governor of Victoria, Her Excellency the Honourable Linda Dessau AC will present me with my Long Service Award and Order of St John medals.”

We are so proud of Chris for this amazing achievement and are honoured to recognise such a generous and caring community member as one of our own.