Preparation, Adaptability, and Consistency – The Key Traits to Succeed as a Formula Vee Driver 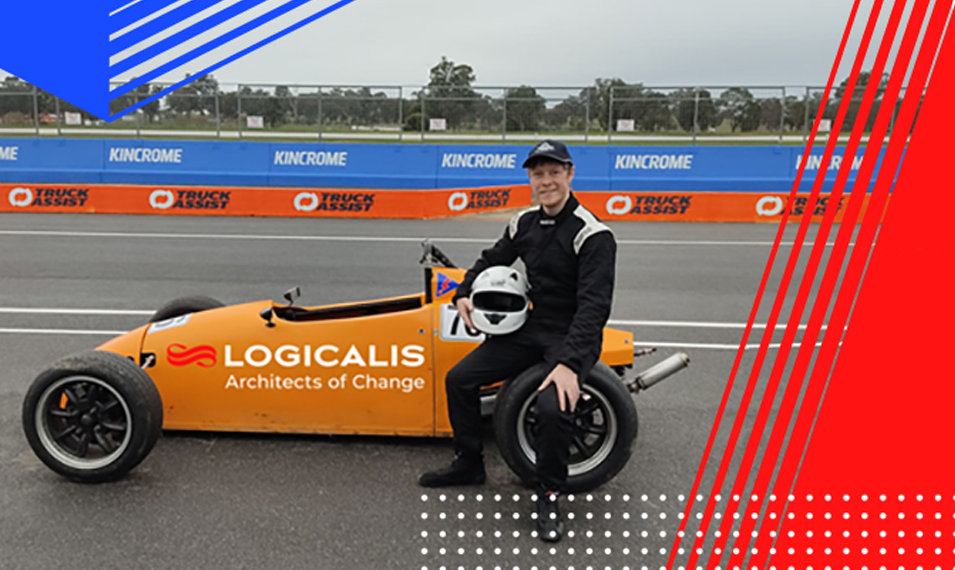 This weekend is Round 1 of the Victorian Formula Vee Championship at Sandown Raceway in Melbourne Australia and our very own Joshua Munro, Systems Engineer in the Modern Workspace team, will be competing against 24 other drivers from across Australia.

“This will be the first race of the year, and my first race since modifying parts of the car, so I’m hoping that everything is running well, and I am gaining some good time” says Josh. “The weekend runs over 3 days, Friday is practice, Saturday is qualifying and Race 1, then 2 races on Sunday. There is a lot of action across the whole weekend, with lots of work to do on the car between sessions too!” he says.

Starting out racing in Hillclimbs and time trials in South Australia in a Renault Clio R27 F1 Edition, Josh rose quickly to have great results in competitions including fastest in stages at Hillclimbs, as well as coming 15th in the 2017 Australian Hillclimb Championship out of 250 entrants. After a short hiatus while living overseas, Josh returned to motorsport in the form of Formula Vee, racing as a sole entrant in the 1600 series. Still new to the sport, Josh has had some promising results and has been making great progress.  Last round at Phillip Island, Josh qualified 19th and finished 14th in the final race. This is something he is very proud of as it was his first-time racing at that location.

When asked about the key skills required to excel as a race car driver, Josh mentions preparation, adaptability, and consistency. At Logicalis Australia, we think those traits are key to success in anything you do, and we live this mindset in how we look after your business' IT environment – so it made perfect sense for Logicalis to get behind Josh and sponsor his motorsports career as it takes off!

“It’s fantastic to have the support of Logicalis and I am proud to be wearing and driving with the company name this year!” says Josh.

Formula Vee is the most affordable open wheel racing car category in Australia. It represents the ultimate standard of simple but effective technology in an affordable race car package.

The class originated in the U.S. in 1960 at the request of a Volkswagen dealer, with the class based on a pre-1963 Volkswagen Beetle, utilising a collection of the stock parts to form a competitive race car around a purpose-built tube frame and racing tires. Vee racing began in 1963 and was recognised as a class of racing by the Sports Car Club of America. Within a year it was rated fourth in numbers in the 17 racing classes, a year later it was a close second and by 1966 the class was way out in front.