Anglicare Victoria create a roadmap for the future with Logicalis advisory 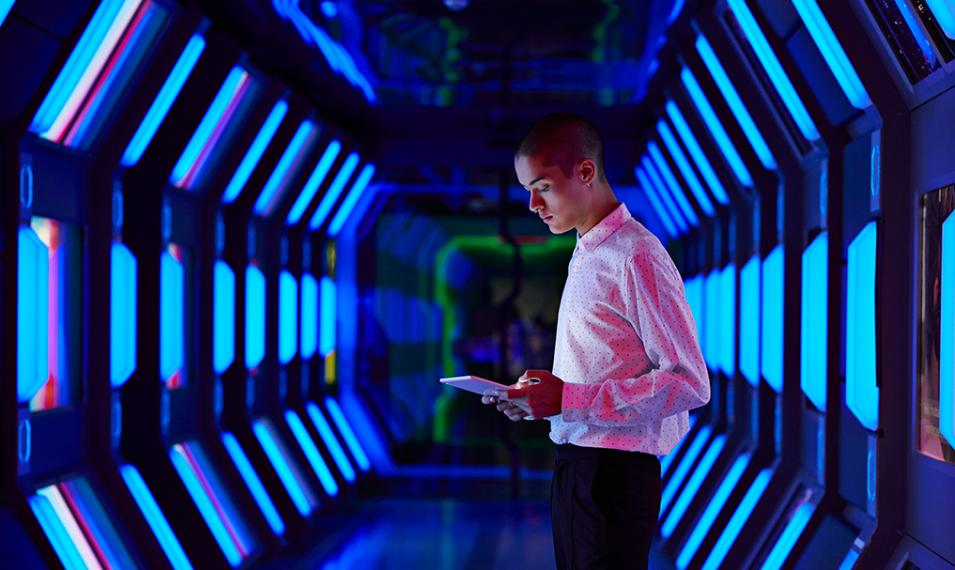 Anglicare Victoria, was looking to perform a complete audit of their overall IT environment to complete an Environment Management Plan (EMP) for the purpose of ensuring currency of platforms, production environment changes and thus reduce technology risk across the organisation.

Anglicare Victoria and Logicalis had a great history together, so when the concept of the ATL role was mentioned, they were interested in being a beta customer.

Dean Mills, Head of Technology at Anglicare Victoria, had a challenge where this role could assist. Ahead of creating the IT strategy for the group, he needed to have a consolidated view of the technology stack in Anglicare’s IT environment and understand what was being supported and by who.

With Logicalis managing a large portion of their environment, not all of the information lived in-house, so when Logicalis consultant Adrian Alatsas suggested Anglicare Victoria be the beta customer for this new service, Dean jumped onboard.

The consulting service offered by Logicalis’s consulting and advisory team was an Account Technology Lead (ATL) function which provided oversight into the full enterprise architecture of the organisation.

Logicalis’s consultant, Adrian, started by conducting a full review of the IT environment at Anglicare Victoria to understand what they had and who was responsible for what. With a consulting mindset, Adrian knew the right questions to ask the Anglicare Victoria IT team to get a full picture of the entire technology stack and where each item was in its lifecycle.

Logicalis audited and documented the following items into a consolidated view of Anglicare’s environment, which outlined:

The consolidated view allowed Dean to see what was missing from the roadmap to support his IT strategy. It also highlighted the future investments that were required and what they need to decommission, so they weren’t spending time supporting legacy technology.

With all inhouse resources on other competing projects, it would have taken someone internally a long time to get it done to completion, jeopardising the strategic inputs required for the IT strategy

The outsourcing of the IT roadmap creation allowed the Head of technology to get visibility into the entire IT portfolio, providing:

With the roadmap delivered, the IT team have a living document with which they can manage their environment and support better foresight of projected IT spend.  This allows the whole team to be confident that their credibility with the organisation remains strong.  They can also communicate to stakeholders on priority projects upcoming schedule resources to cover the necessary upgrades accordingly.

Since transitioning to cloud and the new Dell Technologies SAN (Storage Area Network) deployment, UAC has achieved results at twice the speed of its previous system.
Learn more

StarHealth is a provider of primary care services throughout their centres in Victoria. With a vision of providing Health and wellbeing for all, StarHealth provides coordinated care when and where needed so their clients can achieve their health and wellbeing goals.
Learn more

Village Roadshow operates core businesses in Theme Parks, Cinema Exhibition, Film and DVD Distribution and Marketing Solutions. The Village Roadshow business is operated within Australia with a workforce of over 5,000 staff.
Learn more

Save the Children working more effectively thanks to the Cloud

Save the Children is one of Australia’s largest aid and development agencies dedicated to helping children. It supports children in 125 countries around the world and has offices in 31 countries, including Australia.
Learn more

With over 50% market share of the online travel agency business in Australia and New Zealand, Webjet is virtually a household name.
Learn more

The Department of Health and Human Services (DHHS) is a government department responsible for health, ambulance services, families and children, youth affairs, public housing, disability, ageing, mental health and sport policy in the state of Victoria, Australia. The department provides many services directly to the community through its operational divisions, located across 17 areas of the state. Each division covers a mix of rural outer-metropolitan and inner-metropolitan areas of Victoria. They fund almost 2,000 other organisations to deliver vital health and human services care.
Learn more

iCumulus is one of Australia’s leading supply chain solution providers. The Melbourne based organisation works with a range of customers both domestically and overseas.
Learn more

Dairy Australia’s Azure migration project has allowed the organisation to be agile, fast and shift their IT environment to a futuristic way of operating.
Learn more

Peninsula Health Scale Up Remote Operations, from On-Prem to Azure in 2 Weeks

Peninsula Health cover a number of health facilities and hospitals in the Frankston and Mornington Peninsula areas of Victoria, Australia. Its charge includes Frankston Hospital, The Mornington Centre, Rosebud Hospital, Hastings Community Health and Golf Links Road Rehabilitation Centre. Peninsula Health covers an area of approximately 850 square kilometres and a population of 300,000 people which can increase by around 100,000 in peak tourism seasons.
Learn more